In Memory of Jonathan Tennant 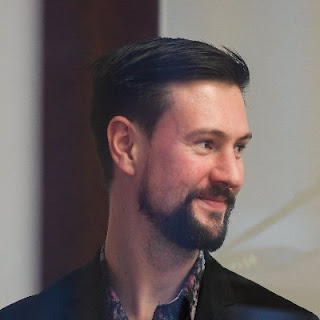 It is with great sadness that we mourn the untimely death of Dr Jonathan (Jon) Tennant, from a traffic accident in Bali, Indonesia, on the early morning of April 9th, 2020. He was a friend to many of us at EASE, and we are devastated by his loss.

The infectious enthusiasm, boundless energy and fiery passion Jon brought to his work developing the open science community, and addressing the research publishing industry, will be greatly missed. Indeed, making revolutionary change to science communication became his life’s passion, as anyone that has heard him speak can attest.

In 2017 Jon received his PhD in palaeontology from Imperial College London, whilst launching the paleorXiv preprint server. He worked as communications director at ScienceOpen, founded the extensive OpenScience MOOC, which launched in 2019, served as editor for PLOS Paleo Community, Geoscience Communication, and Journal of Evidence-Based Healthcare, and played pivotal parts in many other open science community engagement roles; organising meetings, supporting initiatives, organisations and individuals.

He worked tirelessly towards achieving the things he believed in, and his commitment to his work leaves an enormous legacy, along with an indelible impression on those who knew him.

On behalf of the European Association of Science Editors community, we send our deepest condolences to his family and loved ones.