The 5th STM Report An overview of scientific and scholarly publishing 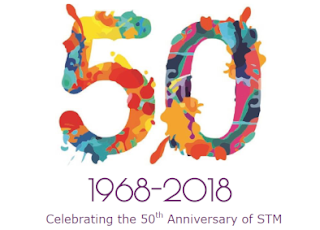 The STM Report An overview of scientific and scholarly publishing

The International Association for Scientific, Technical and Medical Publishers (STM) has launched the 50th anniversary edition of ‘The STM Report: An overview of scientific and scholarly publishing’ (2018).

The report provides authoritative coverage of all aspects of journal publishing, including market size and statistics, peer review, Open Access and new technology and market developments.

Originally released in 2006, the report, now in its 5th iteration was officially unveiled at STM’s 50th anniversary conference held in Frankfurt.

Authored by Rob Johnson, Anthony Watkinson and Michael Mabe, the report highlights that in 2018 there are 33,100 active peer reviewed English language journals publishing about 3 million articles a year. China is now the pre-eminent producer of papers globally (19%) surpassing the US (18%) and around one third of the literature is available legally and freely via Open Access.


Speaking of the launch of the STM Report, CEO Michael Mabe said “As STM celebrates its golden jubilee, I’m proud to launch the latest edition of our industry report that highlights the growing diversity and vibrancy of the scholarly publishing industry. Throughout our anniversary year we will be reflecting not only on the great individual and collective contributions that have helped shape the modern scholarly publishing industry, but also looking forward to how, collaboratively, we can meet the important challenges of the future.”
Publishing Industry stm stm report Technical and Medical Publishers The International Association for Scientific